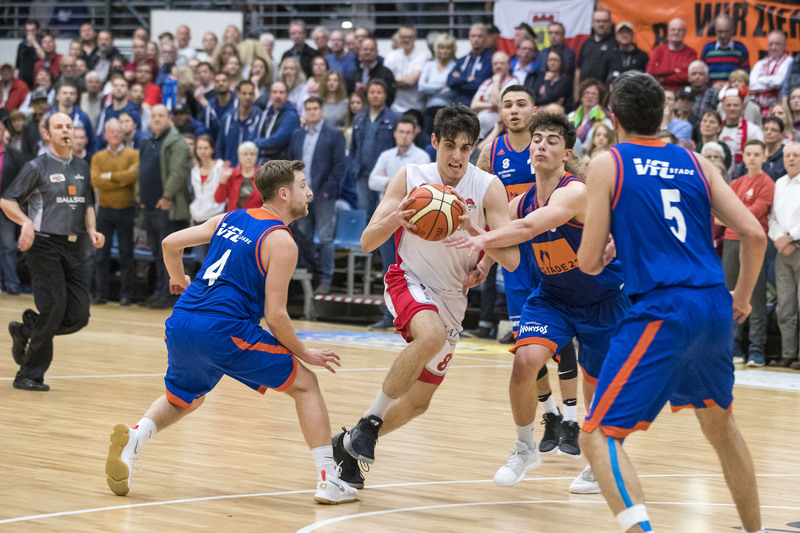 This last year (August 2016) I’ve joined the “DECA Project”. That project it’s about make one “Ausbildung” (Work and school) combined with playing basketball and, of course, learn German language.

In my case, this year I was working as basketball coach in different schools and as officer by “Eisbären Bremerhaven GmbH”.

In my work as a coach, I go to different schools around Bremerhaven to teach some kids how to play basketball. We show them just the basic things, like dribble, pass and shoot. As an officer I have to help out doing some excel work or checking some e-mails.

I was also playing basketball in “Rot-Weiss Cuxhaven Basketball” in 1° Regionalliga. This year was a nice year because we won the league and we moved up to Pro B, third league in Germany.

My level of German has improved a lot because of my German course. I did it twice a week during the year, and I had to speak it with kids in the school because they are too young to speak English.

In conclusion, it was a great year for me and I look forward for the upcoming years to become a professional basketball player, to get my reward from that Ausbildung and, of course, to get a good German level.

Co-funded by the Erasmus+ Sport Programme of the European Union.

The European Commission support for the production of this publication does not constitute an endorsement of the contents which reflects the views only of the authors, and the Commission cannot be held responsi­ble for any use which may be made of the information contained therein

in the following media: